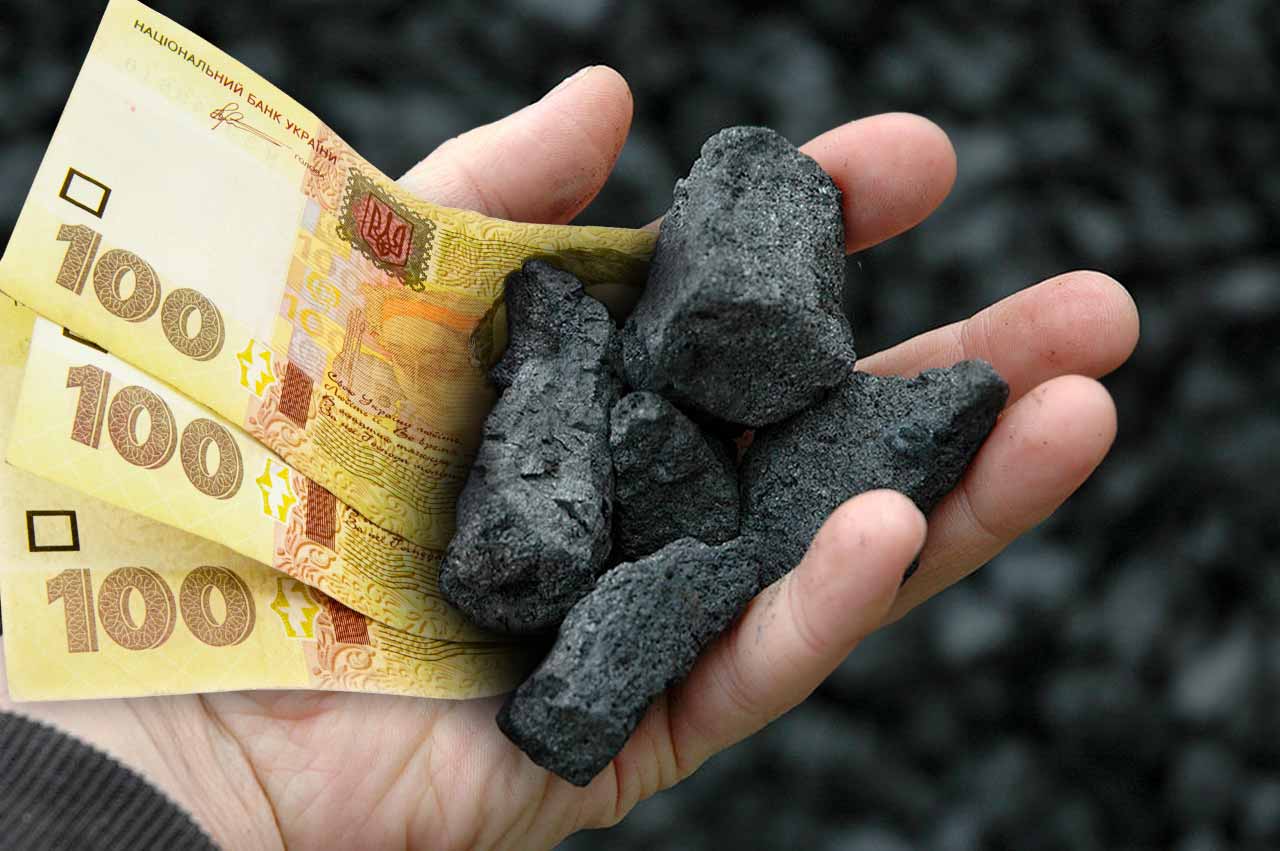 We have analysed the dynamics of coal and nuclear generation in Ukraine’s power grid over the past two months. The conclusions are unnerving. Looks like Ukraine is taking a U-turn from its planned green energy transition. Nuclear power plants (NPPs) are stopped in favour of coal generation — the most polluting industry, 80% of which in Ukraine is owned by Rinat Akhmetov’s DTEK. On top of that, it is done quietly almost two months before the official announcement. This lopsided decision is dangerous in three respects: environmental, eurointegrational, and epidemiological. But first things first.

‘To overcome crisis phenomena in the Ukrainian energy sector, the Ministry approved a new forecast electricity balance on 28 April.’

the Ministry of Ecology and Natural Resources of Ukraine

The new forecast balance envisions a decrease in energy generation this year, e.g., due to the planned stoppage of NPP units, among other things. In its letter to NPC Ukrenergo about the fulfilment of the 2020 forecast energy balance projected for Ukraine’s energy system, NNEGC Energoatom wrote it could stop 3 power units with a total capacity of 3,000 MW and curb output at five more.

The country’s energy system needs to work as a balanced mechanism — it’s a matter of energy security and environmental safety. As consumption decreases and major renewable generation capacities (e.g., in sun and wind generation) surge, energy system balancing becomes a hot issue that requires immediate action. But could it be that the anti-crisis measures are just a disguise for an attempt to salvage one ‘non-monopoly corporation’ at the expense of our health and well-being?

We set out to analyse the thermal and nuclear generation in Ukraine’s energy system over the past 60 days from 5 March to 4 May. The period starts three weeks before the 2020 forecast energy balance was approved, bringing about the changes indicated above.

Before we begin, we would like to point out that starting end-March the ministry in charge made every effort to prioritise the operation of coal power plants of DTEK, a private corporation, meanwhile dialling down the utilization of Energoatom’s capacities at a record pace.

Overview of the largest NPPs’ operation in Ukraine

With that out of the way, here is an overview of the largest NPPs’ operation.

South-Ukraine NPP started gearing down generation on 28 March. On 10 April, the facility’s unit No. 1 was stopped, its relaunch following merely 5 days later. Immediately after that, unit No. 2 was halted. While on 8 March the power plant was running at 3,000 MW, from 15 April and on its output was halved.

The same happened to Zaporizhzhia NPP. In early March, its output was as high as 4,000 MW. By 1 May, however, it had been gradually brought down to 2,000 MW: units No. 5 and No. 2 saw capacity utilization cuts and unit No. 4 was stopped. However, the NPP’s unit No. 6 was relaunched on 15 April.

To sum up, output of these two NPPs was halved, and, starting end-March, they had been contributing 3,000 MW less electricity to the energy system. Did other nuclear power plants manage to offset the decrease?

Indeed, Khmelnytskyi NPP ramped up generation on 10 April, launching its 1,000-MW unit No. 1 and cutting the output of unit No.2 to 800 MW. Consequently, the facility’s total output grew by about 750 MW.

Rivne NPP’s output has remained relatively stable thus far, save for an erroneous shutdown of its unit No. 3 in the evening of 29 April.

At the time, the Ministry of Energy and Environment Protection of Ukraine reportedly managed to offset the imbalance due to the unit’s halting by ramping up output at hydroelectric power plants and pumped storage (HEPs and PHES) and thermal power plants (TPPs). South-Ukraine NPP’s unit No. 1 and Khmelnytskyi NPP’s unit No. 2 increased their load by 60 MW and 130 MW respectively.

So, do TPPs bear the bulk of the flexible load in the system?

Overview of the TPPs’ operation in Ukraine

To find out, we will need to analyse their retrospective operational data for the last 60 days.

Starting 10 April, DTEK Zaporizska TPP doubled its output from 200 MW to 400 MW, sometimes ramping up the load to 900 MW.

DTEK Kryvorizka TPP, too, ramped up generation from 100 to 300 MW over the first ten days of March, helping offset the slump on the NPP side.

Launching and stopping its units on an ad-hoc basis, DTEK Kurakhivska TPP has been bringing its output from the usual 150 MW to whopping 750 MW since March. In some cases, the peaks were as high as 800 MW.

The corporation’s another asset, DTEK Ladyzhinska TPP, had been running at relatively stable 220-280 MW up until 13 April. Then the load was revved up to over 700 MW to provide 500 MW of balancing energy (an incredible feat for this facility).

DTEK Luganska TPP has been running at a relatively stable load of up to 200 MW, whereas DTEK Prydniprovska TPP has been providing about 300 MW of balancing energy since early April.

The DTEK Burshtynska TPP, whose energy goes mainly for export, is a whole different story: here, generation nosedived starting mid-March. As of mid-April, it was running at 400 MW, against the earlier maximum of 1,400 MW.

The power plants in the 80% ownership of state operator Centrenergo — Trypilska TPP and Zmiivska TPP — have started providing balancing energy back in early April, their output sometimes reaching 500 MW. Vuglegirska TPP has been running at a high balancing load since the approval of the new 2020 forecast energy balance end-April.

Curiously, the private-owned Donbasenergo remained unaffected. Slaviansk TPP has been running mainly as usual at a stable 300 MW load, raising it by 400 MW only three times in two months.

Bear in mind that the thermal power plants launch the previously halted units to provide balancing energy rather than ramp up the capacity utilization at the operational ones. When a TPP unit is started, burst emission of pollutants happens, which cannot be accounted for in the overall statistics and any official reports. Therefore, we can never know how much our air is polluted in such cases. Over the long periods of flexible energy system balancing, filtering equipment wears down and becomes less effective in flue gas treatment. Such operating practices are especially dangerous when viral respiratory infections spread, such as COVID-19. Polluted air weakens the immune system, causes complications in the course of the disease, and increases the chances of infection. We covered this in more detail here.

Therefore, running Ukraine’s energy system like this during the pandemic is definitely detrimental to the preservation of the nation’s health. Especially so if you factor in the Ukrainian’s low standards of living, lacklustre healthcare, and traditionally high mortality from pollution-induced diseases.

The analysis of the operation of NPPs and TPPs over the past 60 days reveals that over 2,000 MW worth of nuclear generation capacities were stopped well before the new 2020 forecast energy balance was approved. Meanwhile, TPPs had to carry the balancing load, launching the depreciated units, which, unlike the European ones, lack desulphurization and DeNOx equipment, and sometimes even electrostatic dust collectors to precipitate fly ash, which contains toxic heavy metals.

Thermal power generation is currently the most polluting way of producing electricity in Ukraine. This is true for fuel production as much as for its burning and storage of toxic waste material, such as ash and slag. Besides, it is substantially more expensive as compared to nuclear generation, where electricity tariffs do not include radioactive waste handling costs. Furthermore, electricity prices for Ukrainian businesses have gone significantly up already, unlike European power markets where prices are at record low levels.

What we witness now is nothing more than the reversal of Ukraine’s decarbonization course and disregard of all principles and goals outlined in the Concept for Green Energy Transition, prepared by the Ministry of Energy and Environment Protection of Ukraine in 2020, as well as breach of Ukraine’s contractual obligations under Energy Community Treaty.

The attitude like this is unacceptable. It jeopardises not only the nation’s security and health but also the country’s European course in the field of environmental protection. After all, rolling back to coal generation is in no way conducive to sustainable development and integration into the European environmental and economic space.

The house that Mr. Akhmetov built